It should work with all non-naval Zero models up to atleast the A6M3 mod 22ko and has a damage skin.

One of the most iconic naval fighters of all time and in the opening phases of the war also one of the most feared fighter aircraft in the world, the Mitsubishi A6M ‘Zero’ is now an aviation legend. Possessing an incredibly successful combination of agility, phenomenal range and firepower, the Zero did have its limitations but was still considered by many to be the best naval fighter of the early 1940s. So, given such a superlative piece of engineering genius, what would possess anybody to rivet on a weighty, cumbersome and ugly set of seaplane floats to this masterpiece?

This is precisely what the Nakajima Aircraft Company were tasked to do in 1941. A large float was added beneath the fighter’s fuselage, which as well as allowing the aircraft to operate from water also housed another 330 liter fuel tank. In addition to this, a stabilizing float was added beneath each wing. These three floats had an obvious and negative effect on the aircraft’s aerodynamic properties, and a new vertical tail plane was fitted with an increased surface area to help to compensate for this. As a result of these rather drastic changes to the aircraft’s original design, a significant amount of strengthening and stiffening was also required. The final effect was a fighter which was not only slower and possibly less maneuverable, but also had a shorter range due to the added drag and weight of the new components; the additional fuel tank replaced the Zero’s drop tank, it did not augment it.

So why bother in the first place? A previous article discussed the massive tactical flexibility of being able to operate small seaplanes from warships which were not fitted with flight decks. However, this was not the original plan when the Imperial Japanese Navy submitted their proposal to Nakajima. Even with the impressive range of the original A6M and many of the Japanese Navy’s aircraft, the Pacific Ocean is the largest expanse of sea across the entire globe, and a truly huge operating area to try to cover. Even with an impressive fleet of aircraft carriers, the Japanese Navy could not field fighters across the entire region.

Added to this, the combined might of both Japanese army and naval aviation were very limited in the choice of islands they could operate land based fighters from. Enough room was needed for a runway, as well as a workable surface and slope. The new A6M2-N, codenamed ‘Rufe’ by the allies, followed on with a tradition already established in Japanese military aviation: using seaplanes from areas which land based aircraft could not operate from. Be it sheltered coastlines or lagoons, if the water was calm enough the Rufe could take off and land. There was no need for runways or carriers, just smooth waters and enough space to pitch tents for aircrew and ground crews.

The Rufe entered service with the Japanese Navy in 1942; in addition to the prototype another 326 examples entered service until production ceased in September 1943. Perhaps more would have been produced, but the Rufe was never given prioritization due to work on a purpose designed seaplane fighter meant to replace it – the Rufe was intended as a stopgap measure only.

From the Aleutians to the Solomans and to the Marshall Islands, the Rufe was far from a rare oddity rarely encountered; well known by allied aircrew in certain areas of the Pacific, this adaptable combat aircraft not only became a regular and unpredictable menace to allied bombers, it was also used to attack light shipping and ground targets with its cannons and two 60kg bombs.

Accounts differ as to the Rufe’s effectiveness in air-to air combat. Whilst there is no arguing over the loss of speed, maneuverability is another matter entirely: some post war historians claim that the Rufe was only useful against enemy bombers and stood little chance against fighters due to its decreased performance whereas other authors remark that the Rufe’s agility was comparable to that of the Zero. Either way, the Rufe is recorded as having shot down allied fighters so it was never dismissed or taken lightly.

However, despite some notable successes the Rufe’s combat record was chequered. At a time when the more capable A6M2 was struggling against a newer breed of allied fighters, the float-hindered Rufe was in an even worse position. On top of this, the Rufe and its seaplane brethren were vulnerable to a threat which more conventional aircraft had some degree of protection from: when violent tropical storms tore through the Pacific, most aircraft could be struck below the decks of carriers or given some shelter in hangars – seaplanes stood little chance, and as many as 10% of all Rufes were destroyed by storms.

Still, it was far better to have a fighter on hand with some limitations than no fighters in the area at all, and not only was the Rufe able to break up enemy bomber formations it was also able to claim a respectable number of kills. NA2/C Eitoku Matsunaga shot down 8 aircraft whilst flying the Rufe and its replacement – the Kawanishi N1K1. Warrant Officer Kiyomi Katsuki claimed 16 kills during the Second World War; seven of these were scored whilst flying seaplane fighters.

Overall, the seaplane fighter was a viable concept which was only truly exploited by the Japanese Navy, but even with its limitations it did achieve some success and prove its worth. So, next time you see a rather bizarre modification of any famous and successful aircraft in War Thunder, and are left wondering: ‘why on earth did they do that?’ then remember – there are some very important factors in war which can never have their true importance highlighted on a computer, and there is normally a very good reason behind doing something very drastic to an otherwise beautiful aircraft. But in this case, that still won’t help you much with base capture in arcade mode…

The A6M-series aircraft developed during the Second World War were exceptional warplanes employed by the Imperial Japanese forces, namely the Imperial Navy. The A6M2 Reisen, nicknamed the 'Zero', was by far the most used and most recognizable Japanese fighter. The A6M5 and A6M8 were power-packed fighters decked out with 20mm cannon and 7.7mm machine guns. The A6M2 was the easiest to handle, more maneuverable, and had decent range. Above all, it was carrier-capable, and this aided the Imperial cause during the Pacific War.

The Reisen's most problematic issue was survivability. The Zero was known to the Americans as the 'paper tube', due to its lack of armour and structural defenses. The aircraft lit up easily, and practically any gun in the Allied arsenal could shoot down one of these fighters.

The A6M2 was remarkable in its abilities as a turning fighter. The American tactic was centered around speed, armour, and heavy armament, and the Japanese exploited this to the limit. The Zero was initially turned down by many manufacturers after the military specified how spectacular the requirements would have to be, but a company called Mitsubishi took up the challenge and developed one of the most successful fighters of World War II. The Reisen was incredibly difficult to line up in a gunsight at low speeds; however, at higher velocities the aircraft's controls would start to be sluggish or even seize up altogether. The Allies countered this frightening aspect with their 'Cat' series. These included the Navy variants of the Bearcat, Hellcat, Tigercat, and the Wildcat. The Hellcat was by far the best answer to the growing problem of the enemy over the horizon.

Zeroes continued to fight till they breathed their last in 1945. The Allies were victorious after bloody wars in the Pacific and the European theatre. The wars in Africa and China were all but over, and the Americans began their search for a surviving Reisen.

Only one airworthy A6M2 remains today, and the other two known about lie at the bottom of the Pacific, where teams of divers and historians have probed the depths, searching for answers to the legendary fighter, the A6M2 Reisen 'Zero'. 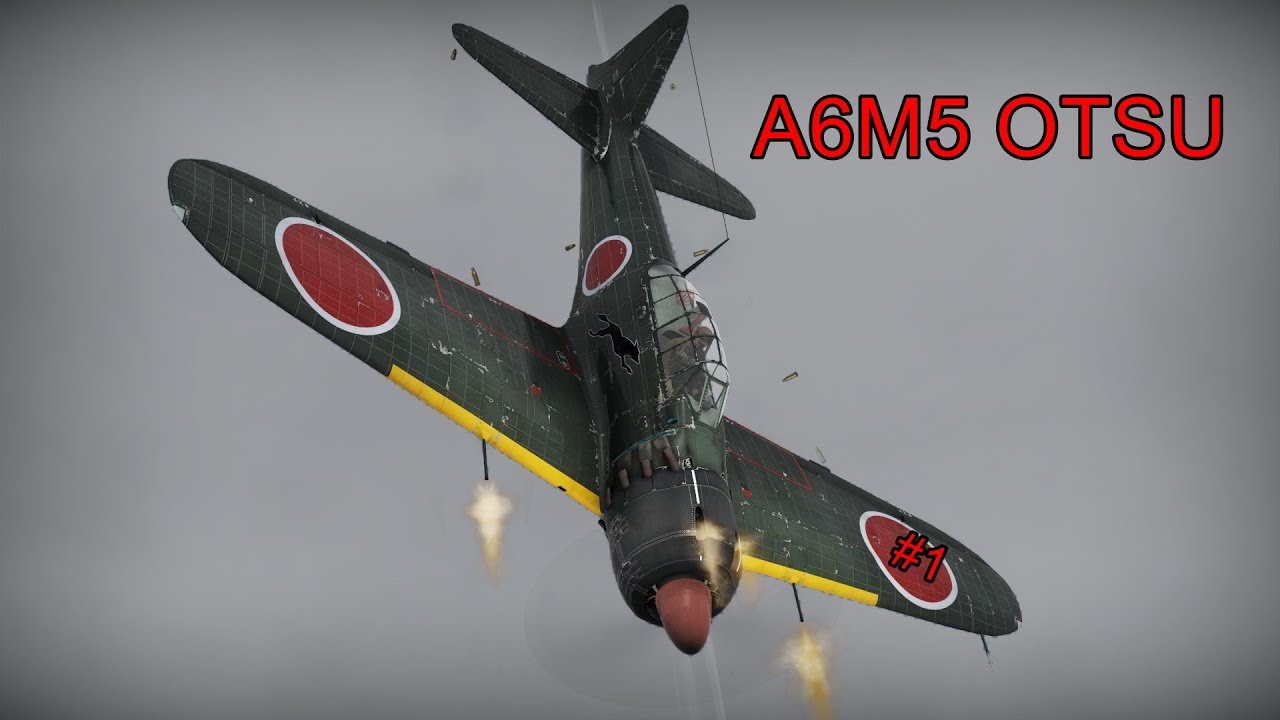 This manual is intended for use in FlightGear, and is not related to any flight dynamics in the real world. Please note, the Zero's FDM is not very accurate, but this manual will serve mainly to help with engine procedures and dogfighting readiness. Also, for information on the tailwheel and basic ground maneuvering, visit the FG Forum topic--A6M2 Zero Ground Maneuvering.

To start the A6M2 in FlightGear isn't difficult in the least. Based solely on the simulator and not real procedures, here is how to work the engine on start-up. 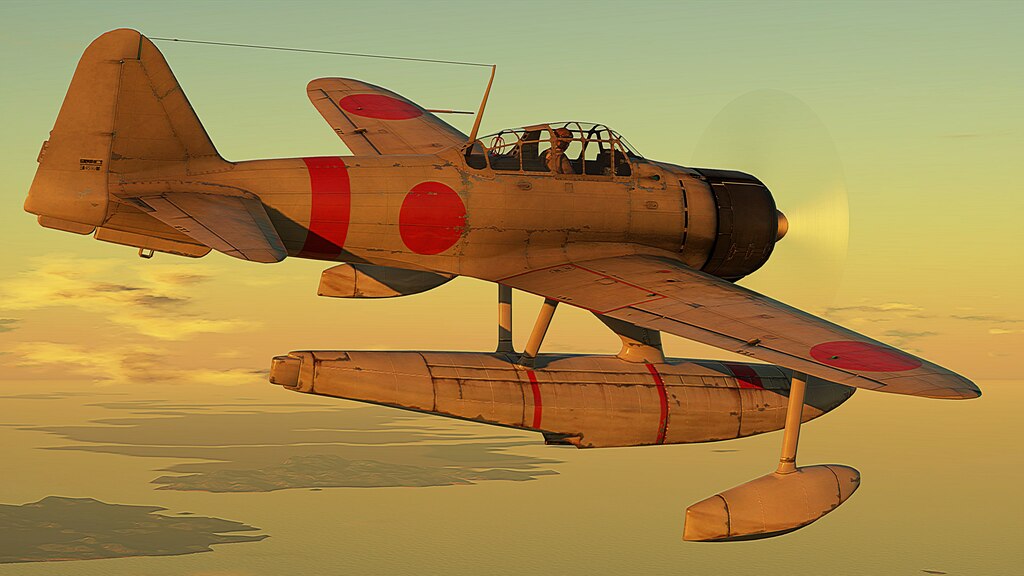 Cold morning? Give the throttle around 15%. If it's any old day (or night), go over the review check. Congratulations, pilot! You have successfully taken off in the famous A6M2 Reisen! Now for some real fun! ---Hello, all! This is Friend here to remind you about the upcoming air combat e-book, Intercept at 11,000. The book will be on dogfighting, maneuvering, and smart choices during aerial engagements. Targeted audience: FlightGear and War Thunder community, but can be applied elsewhere.