But when did this practice begin, and why?

British Summer Time, also known as Daylight Saving Time, was the brainchild of a builder from Kent called William Willett. The story goes that one day on his way back from riding his horse in Petts Wood near his home in the early 1900s, he noticed many of the blinds and curtains in the neighbouring houses were still drawn, even though it was light. This led him to consider the idea of adapting the time to better fit daylight hours. Back then the clocks were set all year round to Greenwich Mean Time (GMT), meaning it was light by 3am and dark around 9pm in the summer.

Although he was not the first person to advocate this, he was perhaps the most driven, using his own resources to finance a pamphlet outlining his idea for adapting to daylight hours during the summer. His original proposal was for the clocks to be put forward by 80 minutes in total, in four steps of 20 minutes each Sunday at 2am during April and turned back in the same way in September. He argued that this would mean longer daylight hours for recreation, improving health and also saving the country money in lighting costs.

Through this leaflet “The Waste of Daylight” and his vigorous campaigning, in 1908 Willett got the support of the MP Robert Pearce who championed the idea, albeit unsuccessfully, in the House of Commons.

The last edition of the pamphlet, ‘A Waste of Daylight’, 1914

The idea resurfaced during World War One when the need to conserve coal made the suggestion of daylight saving more pertinent. Germany had already introduced a similar scheme when the Summer Time Act was finally passed in the UK on 17th May 1916. The clocks went forward one hour on the following Sunday, 21st May.

The time changes were widely advertised in the press. To return to GMT on 1st October 1916, people were advised to put their clocks forward by 11 hours rather than turning the hands back an hour, as in those days this would break the mechanism.

Sadly William Willett died of the flu in 1915 aged 58 and never lived to see his daylight saving ideas become law. Rather fittingly, in Petts Wood there is a memorial sundial, set permanently to Daylight Saving Time, to honour him.

Since its introduction, Daylight Saving Time has had both its advocates and critics. Advocates for the system claim the lighter summer mornings save energy, reduce traffic accidents and get people out and about and more active.

Critics however claim that if adopted all year round (known as British Standard Time), this would result in darker winter mornings which would be more dangerous for children going to school and for those in the north and Scotland, the sun would not rise until well into the morning leaving farmers working for several hours in the dark each morning in the winter. Some argue that because of this, England and Wales should have their own time zone and Scotland and Northern Ireland, another. 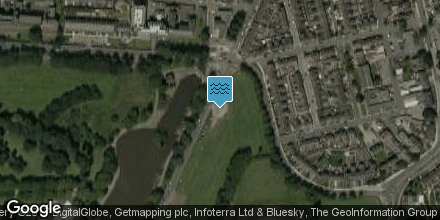 The Harold Wilson government adopted British Standard Time between 27th October 1968 and 31st October 1971 as a trial but after a free vote, the House of Commons chose to end the experiment.

The Royal Society for the Prevention of Accidents has proposed adopting GMT+1 during the winter and GMT+2 in the summer, meaning the UK would be in the same time zone as France, mainland Spain and Germany. They argue this would reduce accidents as a result of lighter evenings and have called for the government to run another trial.

Several attempts to amend or repeal British Summer Time have been brought to the House of Commons in recent years, however currently the UK retains the system first advocated back in the Edwardian era by William Willett.