Companies in this article

The allure of EVE Online has never been found in its style or sheen or thrilling gameplay. Ask CCP Games CEO Hilmar Petursson what keeps the 16 year-old MMO going, and he will only ever give you one answer: the community.

In an interview with GamesIndustry.biz at Reboot Develop earlier this month, Petursson attempted to communicate the experience of making and maintaining EVE Online to running a city. At its best, CCP Games proactively creates spaces and systems that help its players to generate the drama and intrigue for which EVE is justly famous -- this PC Gamer article collects some of the more remarkable stories to come out of EVE, and it is by no means definitive.

Much of the time, though, the dynamic between creator and audience is reactive; the players expose problems in the game by simply trying to do what they want, which CCP Games then tries to address and improve. To dig into Petursson's own comparison, the mayor of a city only knows that the traffic light patterns need changing when there are one hundred citizens stuck in an unmoving line of cars.

In the last couple of years, however, EVE's players have exposed issues that cannot be simply tweaked out of existence; problems that relate to technological foundations that were first laid almost 20 years ago. Despite being at an age that few games ever reach, EVE's players are still achieving new feats of collective will and organisation -- like in January 2018, when 6,000 players set a new record for participants in a single battle.

According to Petursson, EVE's technology was never built with this kind of event in mind, and the user experience when the community pushes that tech beyond its limits is below the standard CCP finds acceptable.

'The technology absolutely is at its breaking edge,' he said onstage at Reboot. 'It is absolutely at its brink. I think we can deliver a pretty good experience up to 3,000 [people], okay at 5,000, but 6,000 is beyond the edge. 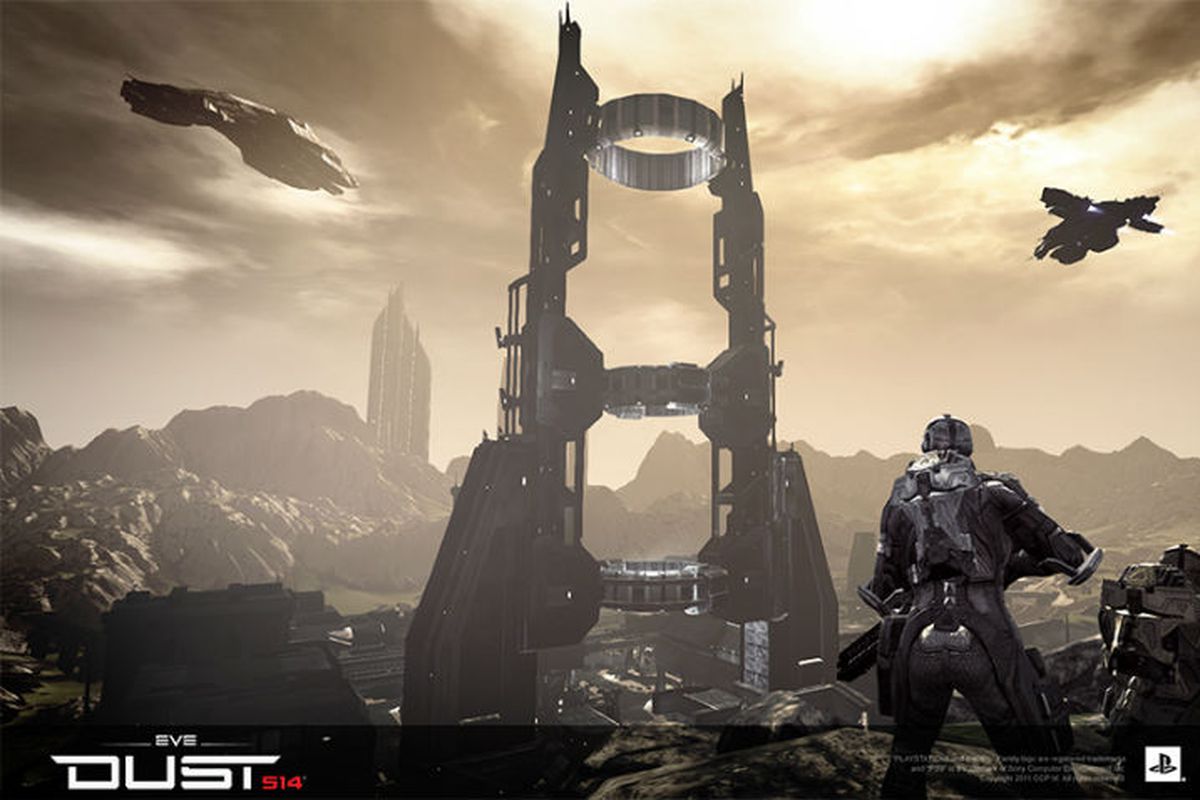 'This idea of having thousands of people duking it out in one huge space battle is something that EVE players invented. We did not set out to make this, we did not build the system to have this... It has taken EVE players themselves decades to develop the organisational skills, the leadership skills, the memes and the tropes to be able to orchestrate this.

'The technical feat it takes to make [that battle] run on computers is way less than the social engineering feat on behalf of the EVE players that even makes this a problem to begin with.'

The key to sustaining EVE Online's community -- which has 300,000 monthly active-users, around the same number of residents as Petursson's native Iceland -- for so long has been about recognising and facilitating the ingenuity of its players. Continuing to do that while also adding more players in territories like Asia, however, may very well be beyond the capabilities of CCP's current technology.

'Last year, I think about a million people came into our systems in one way or another for the first time'

In its search for a solution, it partnered with a UK startup called Hadean, which is developing technology similar to a project CCP attempted back in 2013 -- a project that, if it had come to fruition, would have drastically increased the number of concurrent players EVE could support without breaking under the pressure. It proved to be too great an endeavour for CCP at that time, but Petursson said that Hadean, 'had come through a different means to a similar outcome.'

'We said, 'Okay, let's partner up.' We devised this experiment and put it out in the field, to see how -- in this case -- EVE players could break it.'

The 'field' was GDC in San Francisco, less than two months before, and despite the scale of the simulation, EVE players were not able to break it. According to Petursson, around 4,000 human players logged into the staged battle, and CCP added 10,000 AI-controlled bots. At its peak, 12,000 spaceships were engaged in warfare, double the size of any fight in the history of EVE Online.

'15 million missiles were fired, and it was all simulated to perfect accuracy,' Petursson said, with something that looked very much like glee. 'It actually took over 300 CPUs to run it, and it more or less worked. It gave us a lot of data on where the boundaries of the technology [are], where it needs to be optimised.'

Petursson reiterated that the partnership with Hadean was an experiment, and the first of many that will be needed as CCP finds ways to ensure that EVE remains as vital in 16 years as it is today. Due to the way the game works -- a world created by the actions of its players, recorded on a single persistent shard -- the swift modernisation offered by a traditional sequel is not an option. There could never be an EVE Online 2.

Instead, Petursson compared it once again to a city, which can only be modernised piece by piece; first the sewer system, then the roads, then the public parks, and so on. If the needs of its citizens and the history of their culture is respected at every step, Petursson explained, a city can be future-proofed without losing its identity. CCP must now do the same with EVE Online.

'Contrary to what some people think, a lot of new people join EVE Online every week,' he said. 'Every week we have about 10,000 people that log into EVE Online for the first time.

'It has existed for 16 years and people think it's in stagnation. But that's the story with a lot of these long running franchises; it's like a river that flows through, and there's a bottom layer of people that stick, and over time there are layers of generations of EVE players that keep on being added every single year.

'Last year, I think about a million people came into our systems in one way or another for the first time.'

Invariably, the majority of those people will not become regular EVE Online players, but CCP believes it can encourage a greater proportion to stick around. This includes expanding into new regions around the world, but also bringing the experience into line with the expectations of modern gamers, and the escalating ambitions of its existing community.

It is a different approach to growth than the one exemplified by projects like Dust 514 and EVE Valkyrie, which were attempts to bring new players into the EVE universe through genres with broader appeal. Both faltered for different reasons, and the recent decision to stop production of a new first-person shooter, Project Nova, has only reinforced the idea that EVE's idiosyncrasies make it a uniquely difficult game to interpret in other forms.

Petursson did not deny that point. But it is not in CCP's nature to give up because of a few bumps in the road.

'Again to the city paradigm,' he said. 'EVE Online as a pretty hardcore spaceship MMO with a lot of complexity is like one city. To make another kind of game, which is a different kind of city, and to make a country out of those two cities, is something we are extremely excited about doing, and we certainly have made a lot of attempts.

'But we've found out that starting another city when you already have one is not an easy thing to do. We're certainly going to keep trying, but it's such an unprecedented thing that we're going to try and fail and try again for a few more years until we crack it.

'But if there's anything true about CCP it's that we'll keep on trying until we figure it out.'

GamesIndustry.biz is a media partner of Reboot Develop. We attended the event with assistance from the organiser.

May 3rd, 2021 – Reykjavík, Iceland – Today, CCP Games revealed Foundation, the second Quadrant of 2021 for the deep and uniquely player-driven spacefaring MMORPG, EVE Online. Honoring the history and legacy of New Eden’s four empires, EVE Online: Foundation launches for free to all players on Tuesday, May 4, 2021.

Over the course of the Foundation Quadrant, New Eden’s four Empires will be brought into the spotlight across four video featurettes, celebrating the unique identities that define and connect them. Throughout the Quadrant, each Empire will take center stage with themed events and activities in which players can participate.

“The Empires of EVE Online have evolved since the game’s launch in 2003. Each one has its own strengths and identities that our players have come to appreciate over the years,” said Bergur Finnbogason, EVE Online’s Creative Director. “As EVE turns 18, we want to give these empires the limelight they deserve.”

Players will also find Jita Station’s interior has received a massive visual update and Aura, the player’s guide to New Eden, has been completely rebuilt. A full list of updates can be found in this developer blog: Foundation – New Quadrant starts soon!

EVE Online can be downloaded for free by visiting www.eveonline.com. For all the latest information about the game, please visit EVE News. About EVE Online®
EVE Online (PC/Mac) is a compelling, community-driven sci-fi MMO game where players can build and pilot a wide variety of spaceships, traversing vast solar systems for free and choosing their own path from countless options, experiencing space exploration, immense PvP and PvE battles, mining, industry and a sophisticated player economy in an ever-expanding sandbox. EVE

is a captivating game in which hundreds of thousands of players compete for riches, power, glory and adventure, forging their own destinies in a single thriving universe. For more information, visit www.eveonline.com.
About CCP
CCP is a leading independent game developer that has been praised for its artistry, technology and game design that facilitates emergent behavior, empowering players with compelling means of self-expression. Founded in 1997 on the principle of pushing the envelope and breaking new ground on all levels, CCP is on a mission to create virtual worlds more meaningful than real life. With the launch of EVE Online in May 2003, CCP established itself as a pioneer of cutting edge massively multiplayer games, winning numerous awards and receiving critical acclaim worldwide. CCP is headquartered in Reykjavik, Iceland, and has additional studios in London and Shanghai. For more information, visit www.ccpgames.com.
Media Contact