Nayagi (transl. Leading women) is a 2018 Indian Tamil-languagesoap opera. The series premiered on 19 February 2018 on Sun TV, replacing Deivamagal, and was replaced by Anbe Vaa and it ended on 31 October 2020. The show is produced by Vikatan Televistas Pvt Ltd and directed by S Kumaran.Nayagi is currently airing on Kalaignar TV from Monday to Thursday, March 1, 2021 at 8 pm [1]

Naayagi's first season revolves around three women and their families: Anandhi, a sweet-natured, easy-going woman; Kanmani, a playful but bold woman; and Sargunam, a formidable lady who has risen despite difficulties.

The second season story mainly revolves around the Ezhilan, a Heart kind, Amusing man, Divya, a strong and resilient woman who is the breadwinner of her family and Koothapiran family mainly Sargunam and Kanmani.

Anandhi is a middle-class woman who is the secret heir of a rich couple. She lives with her adoptive father Kathiresan and young brother Muthukumar. She marries Thirumurugan aka Thiru who is the son of the Kalivaradan who killed Anandhi's real father and took his property. But, nobody knows that Anandhi is the real heir of those properties. Ananya is Anandhi's half-cousin-sister, whose mother is the half-sister of Anandhi's real mother Leelavathi. Ananya wants to marry Thiru to get the property. 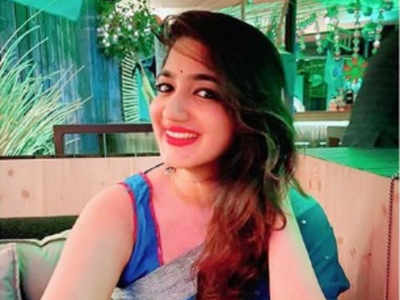 Sargunam is a woman who given usury to her people. She is also the Vasanthi's (Thiru's mother) sister and the mother of Chezhiyan, Gopinath, and Meghala. Chezhiyan marries Anandhi's best friend Kanmani. Sargunam helps Anandhi to live happily. But, Kalivaradan helps Ananya to get property. Meanwhile, Thiru, Anandhi, and Vasanthi save the Leelavathi from Kalivaradan. Anandhi takes care of Leelavathi in her home without knowing their real relation.

Later, it is revealed that Anandhi is the Leelavathi's daughter and the heir of property. Then, Thiru sees the true colours of Kalivaradan and breaks all ties with his father. Meanwhile, Ananya tries to Anandhi get arrested by faking her death and putting the blame on Anandhi. Because of that, Anandhi gets arrested. Soon, everyone learns that it is Ananya's plan. As a result of this, Ananya is imprisoned for five years.

Anandhi and Thiru live with their daughter Yazhini. Ananya is still in jail. Ananya has a son named Akilan who born to Thiru illegally who unawared by Thiru. One Day, Yazhini and Akilan meet in their school and become best friends without knowing that they are half-siblings. Meanwhile, Ananya learns about their friendship and uses Akilan as a weapon to join Thiru. Soon, Anandhi doubts about Akilan because his behavior is same like Thiru. After so many incidents, it is revealed that Akilan is Ananya's son who born to Thiru. Thiru gets shocked and gets Akilan's custody with Anandhi's help.

Meanwhile, Thiru's sister, Anupriya 'Anu' returns to India. She has a secret boyfriend, Mithran and pregnant with his child. She hides the truth from family. Soon, Anu and Mithran's marriage is fixed by both families, unaware about Anu's child. But, Anandhi learns Anu's pregnancy and keeps it a secret. Meanwhile, Thiru and Anandhi plan to Ananya's marriage with Thiru's friend, Karthik. However, Anu marries Mithran while Ananya weds Karthik. After the marriage, Ananya brainwashes Mithran and teaches him to take the Anandhi's property. As a result of this, Mithran keeps Kathiresan as his servant much dismay of Anandhi. Later, Ananya destroys Anandhi's business by some fake agreements. But Thiru and Anandhi find all about that and send Ananya and her helpers Kalivardhan and Duraiyarasan to jail and goes to Singapore with their Kids.

Ezhilan travels to Chennai from his home town Thenkasi to get a banking job, but Divya, the sole wage earner of her family, gets that job. Meanwhile, in the Koothapiran–Sargunam family, Kanmani and Chezhiyan are made to leave the house by Gopi's evil plans and he also plans to control Sargunam and her wealth. Meghala and her husband Maran try to convince Sargunam but Gopi makes Sargunam to exclude them too. After chasing his two siblings, Gopi plans to take Kanmani's councillor posting but it fails. Later, Kanmani becomes pregnant and her problem are solved. Next, Coming to Ezhilan track, He loses everything with Divya and later Dhvya's brother-in-law Aatralarasan. However, Pity Ezhilan came to Divya's home with Aatralasan. After his visit, the house became happy. Then, Divya falls in love with Ezhilan. She gave away her job opportunity for Ezhilan.

There, Rajalaxmi, owner of that company is the original mother of Ezhilan and she lost Ezhilan when he was younger and ended up in the hands of his adoptive mother Sakunthala. Now, Aakash, Rajalakshmi's second son loves Divya and she had proposal his son with Divya. Ezhilan also give up his love on Divya because she would get a rich life. But, ezhilan has come to know that Aakash is a psycho and he is not at all good for Divya's life. Then, he plans to stop the marriage but Aakash kidnaps Ezhilan and blackmiles Divya to marry him. Ezhilan later escapes and Aakash kidnaps Divya's younger sister Savitha to blackmail her. Eventually even Savitha is rescued. Meanwhile, in Sargunam-Koothapiran family, Gopi tries to poison Sargunam but Kanmani drinks it and is sent to the hospital. Sargunam learns that Gopi is evil and that he tried to kill her and sends him to jail. She accepts Kanmani and Chezhiyan and brings them back into her house, and they are happy. Ezhilan and his friend Ashok come in the form of two priests and enter Rajalakshmi's house where the wedding is happenening. When Divya is about to marry Akash, Ezhilan reveals his disguise and suddenly marries Divya while Ashok is pulled to side with a knife on his neck by Ashok. Rajalakshmi, furious that her son's marriage was ruined, grabs a gun and is about to shoot Ezhilan, and then her elder brother reveals that Ezhilan is actually her son and that he stole Ezhilan and gave him to one of their employees to raise as revenge for her humiliating him years ago. Rajalakshmi forgives Ezhilan and beings to love him. Akash also becomes a good person and lets Divya and Ezhilan live a happy married life and accepts Ezhilan as his brother.

Due to COVID-19 outbreak in India, the production was halted in mid March 2020, Nayagi was put on hiatus on Wednesday 3 April 2020 when the remaining episodes aired.[2] Post COVID-19 break, the production resumed in July 2020 and new episodes started to telecast from 27 June 2020.[3] During which, the story had a change in leads and story with a new season along with many new additions starring Krishna and Nakshathra Nagesh while former lead characters Thiru, Anandhi and their family's track being ended abruptly, while Sargunam and Kanmani's family track continued.[4][5] The second season of the series began on 27 July 2020 and the series was off aired on 31 October 2020 due to drastic decline of ratings post COVID-19 break.[6]