This disambiguation page lists articles associated with the same title. If an internal link led you here, you may wish to change the link to point directly to the intended article.

A corporation, generally shortened to 'corp' in EVE is the equivalent of a guild in most other MMOs, but with a great deal more flexibility. NPC Corporations are functionally identical, but no members have any roles or titles. We have information on:

Here is some background on things most corporations expect out of players: 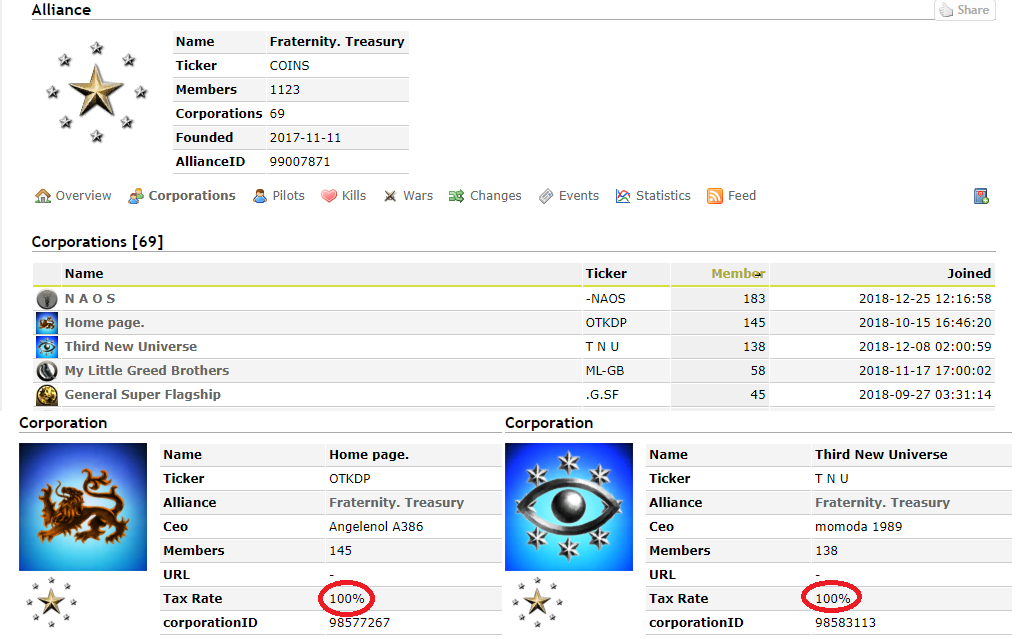 The EVE Online API is how a corporation would verify the things you tell them about your character is true. Through a third party application such as the EVE API Jackknife, a recruiter for a corporation would be able to see all kinds of information about your character. This sounds far scarier than it actually is, but there is still some information in the API many consider private. It is always up to you to give this information out.

In reality, most corporations require a “full” API to even apply. A “full” API is an API key with all information enabled. You can always delete the API afterwards. However, many corporations and alliances also use the API to give you access to their internal forums or other third-party applications. Sometimes, they will not require a “full” API after recruitment and will only need access to specific things through the API. Usually, on third party sites they’ll tell you exactly what they need on the API options to use their service. My recommendation is to read what the requirements are, and create a different API key for each service, using what they ask for, and nothing else.

This fantastic video created by CCP will help you create an API key.

Here is a quick link to the API Website for use while watching the video.

You will be asked to do this by almost every corporation, so it’s a good idea to familiarize yourself and make a test API. After you’re created your API key, use the API you’ve created on the API Jackknife tool and take a look at what your recruiter is going to see.

Corporations in EVE Online are groups of players coming together for a common goal, or companionship in space. They come in every size, shape, and flavor. Let’s be honest here, it’s impossible to list out every kind of corp without leaving some really great ones out. What’s important is what you figure out your interest in the game before going on to find a corporation. While there are many corporations that do a little bit of everything and every player is different, the best experience as a new player will be a more specialized experience in my opinion. You can always leave corp if you become disinterested, and pursue a new interest.

I have purposely left out specific names of corporations in this guide not only for the longevity of it, but to teach new players that you’re not limited by cookie cutter corporations and alliances that specifically cater to “newbies”. If you are unable to find a corp that you are personally happy with, create your own. Obey your rules, and no one else’s. That’s the true nature of EVE, is it not?

The in-game recruitment channel aptly dubbed “Recruitment” is where I’ve personally looked for corps throughout my time in the game. It’s basically a soapbox for recruiters to make advertisements for their corp. It’s a good place to start looking for your first corp, without any outside resources.

Out Of Game Resources

After Finding a Corp

So you’ve chosen a corp and want to join. There’s a different process for every corp, but there are a few things you’re going to want to be ready for. Every corp is different. You may run into all or none of these things, but it’s probably best to be ready for anything. For reference, PVP corps will usually have the most hoops to jump through because of spying and other concerns.

Most corps have some sort of application. They’ll just give you some questions, fill them out honestly and to the best of your knowledge. Don’t get too hung up on any questions unless they’re fun. This is a game, after all. Unless you’re looking to be in the most elite PVP group, then these are just a route to get to know the player as much as possible before talking with them. 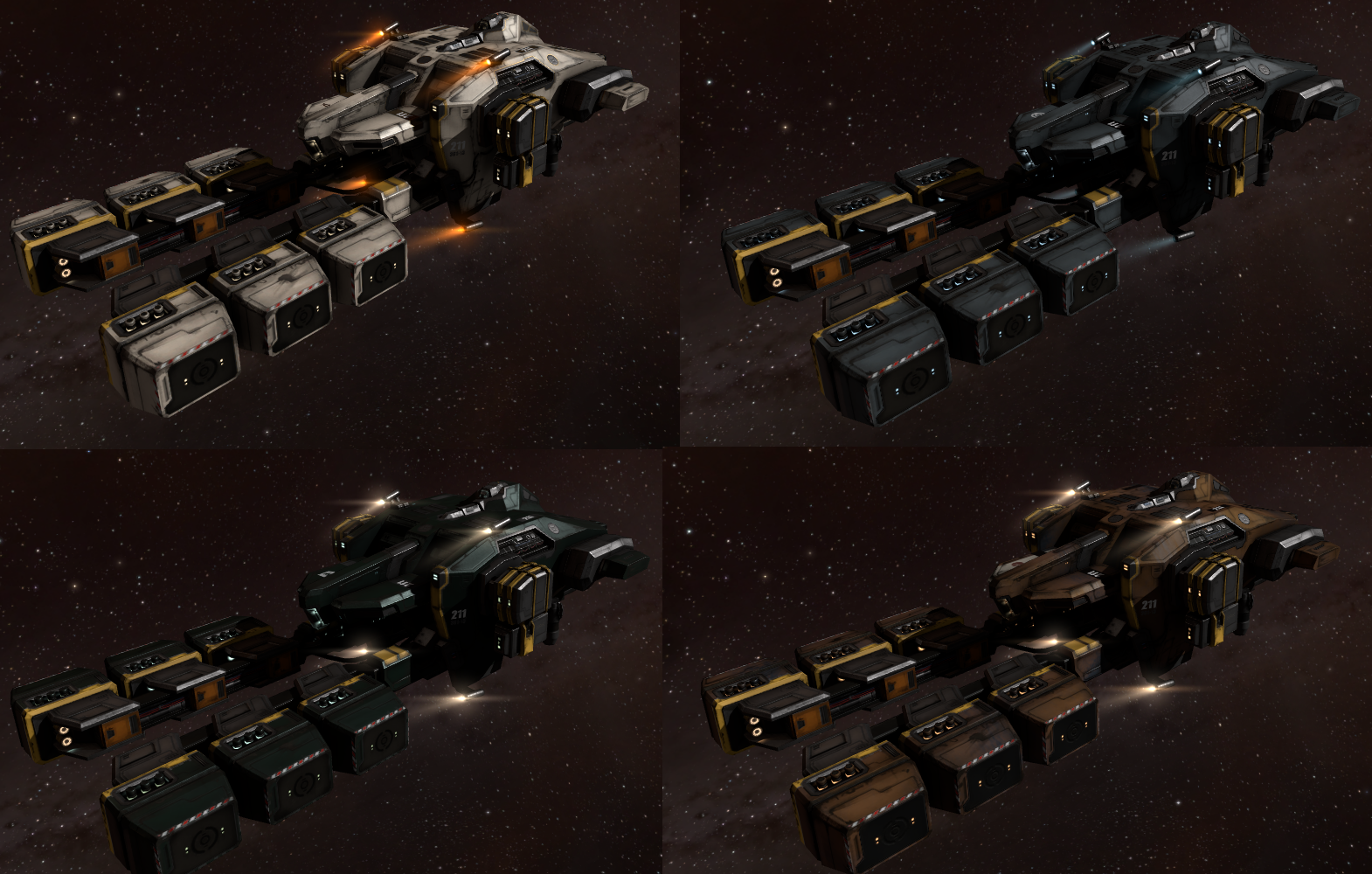 Most corporations have a voice interview. This is just usually fluff to make sure you have a working microphone and speakers. This simple step guarantees that you have people that can contribute to a fleet if needed. It also gives the recruiter a very good idea of your personality.

Almost every corporation in EVE is going to ask you for some variant of your API key. We’ve already explained how to do this in the video above by the developers of EVE, but what do they use it for? Usually look for “odd” ISK transations, contracts to the same character, character sales, sometimes your contact list. This is done just to make sure you’re not an obvious spy.

Some corporations have a trial period for members. This is usually your more serious groups. If that’s your thing, just contribute as much as you can, communicate as much as you can and hope you’re liked enough to stick around. The corps I’ve personally seen who do this, do it more as a formality to guarantee that you’re serious about joining.

At the end of the day, a corporation in EVE is a group that you play with. It is not a location. You are joining for the culture and your interests. Make sure you are happy where you are. If you are not, leave. EVE is a game. We all joke about it being a job sometimes, but we love to play. That’s what makes us EVE players. The many experiences you will have in this game will be mostly created by players, so surround yourself with like-minded individuals to create the experiences you want to have. EVE is a sandbox, and it is up to you to find your own way.

Let your voice be heard! Submit your own article to Imperium News here!
Would you like to join the Imperium News staff? Find out how!