It looks like EVE Online players aren't going to get their wish about the random attacks as the devs have introduced 'Aether Wars: Phase Two'. For weeks they've been dealing with random attacks from an alien force and have been losing countless resources in the process, spinning the game into chaos and having players threaten to quit en masse if it didn't stop. Now we know for sure it's not stopping. If anything it's going to ramp up as the developers want players to take part in the Phase Two playtest of the Aether Wars, which will start on August 18th. You can find out more below along with a trailer, and get details on how to sign up for it here.

As with the original, EVE Aether Wars: Phase Two will be powered by Aether Engine, Hadean's cloud engine for persistent, massively multiplayer games. With Hadean focusing on the engine powering Phase Two, CCP Games is driving development of its gameplay, as part of its ongoing research and development with large-scale multiplayer technology to push the boundaries of what's possible in EVE Online.

Imperium News Network - EVE Online News. Headline: Snoozefest Upcoming! As the PAPI Coalition tightens its grip on 1DQ, and as they make war plans to capture the last remaining Goon stronghold, we ask whether they are saving the game, or destroying it. EVE Online has been made famous by its players doing outrageous things in their shared sandbox. Recently, a group of players on opposing factions came together to shut down the ability for players.

EVE Aether Wars proved that the underlying technology works; Phase Two will demonstrate what exciting and compelling gameplay experiences look and feel like when thousands of players are battling each other at the same time. 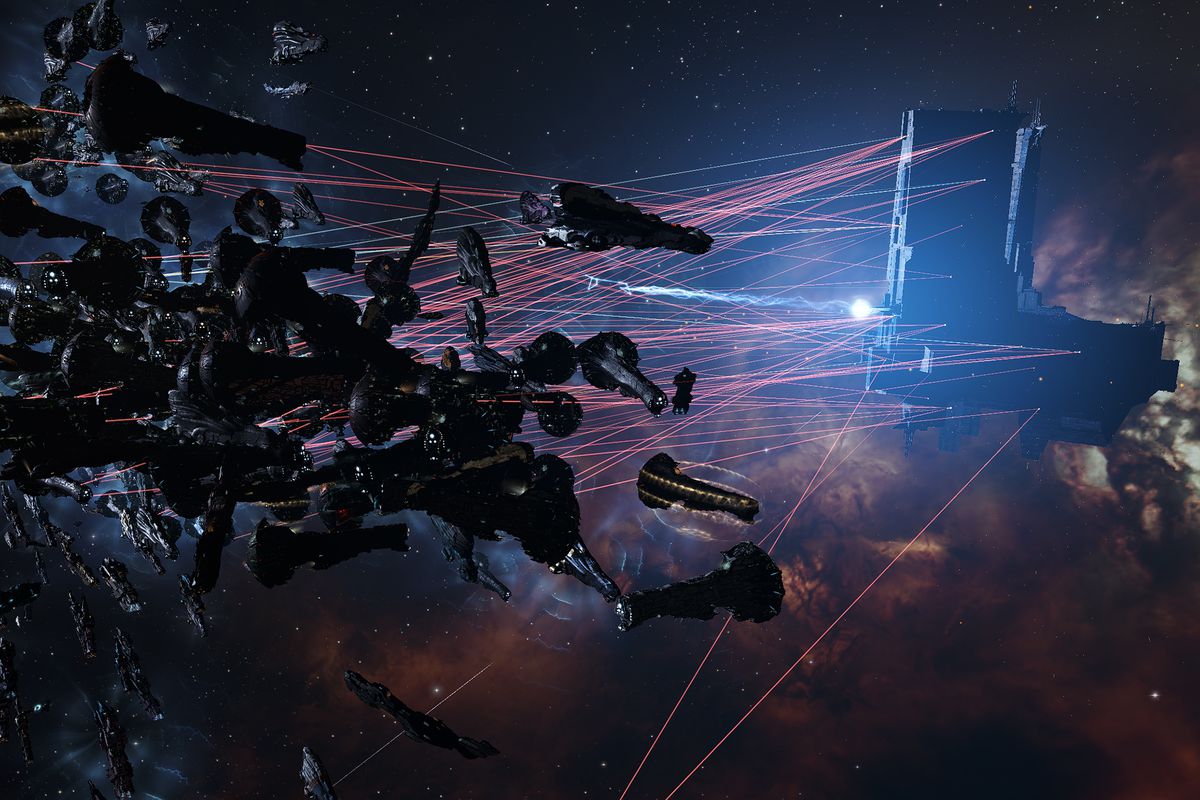 'This is the start of something special,' said Craig Beddis, CEO of Hadean. 'We wanted to show the world that our Aether Engine technology can perform flawlessly under unprecedented strain. We've done that. Now we want to show the world unique and exciting gameplay experiences that can only be delivered by our technology. It's not just gamers who will be thrilled by EVE Aether Wars: Phase Two but the games industry as well. We can't wait for everyone to join us in this ambitious project.'

'We are keen to build on the success of our joint efforts with Hadean on EVE Aether Wars and push our prototype even further,' said Hilmar V. Pétursson, CEO of CCP Games. 'By using this technology to test the limits of the virtual worlds we can build, we hope to open up new possibilities for developers, the industry and ultimately the players themselves. We're eager to explore the boundaries of what can be achieved in large-scale multiplayer gaming, which may even lead to the creation of spectacular new genres.'

Video can't be loaded because JavaScript is disabled: EVE Aether Wars: Phase Two- Sign up and be a part of history (https://youtu.be/PvDq7sBSoHI)