I purchased a 3 PC license of ATI Advanced yesterday and have been backing up my system to an external HDD for about 30 hours now and it's only 39% done. The time remaining continuously changes from 2-13 hours, but never actually finishes. I submitted a ticket with a system report, I tried to speak with tech support on their 'Always Available 24-7/ 365' chat, but for some reason, today, at.

RAID is a technology to combine multiple disks into a single logical unit when data is divided or replicated among multiple physical drives and this array is accessed by the operating system as one single drive. RAIDs are used for data redundancy and performance improvement. There are hardware RAIDs (data distibution is managed by a device called a RAID controller) and software RAIDs (data distribution is managed by the means of the operating system, software RAIDs created by Windows native means are called dynamic disks, you can learn more about dynamic disks in this Microsoft Technet article).

If you have a hardware RAID, the hardware RAID controller will be listed in the Device Management (Start -> Rus -> devmgmt.msc), e.g.:

If you have a software RAID, a disk or multiple disks will be marked as dynamic in the Disk Management (Start -> Run -> diskmgmt.msc), e.g.:
You can find examples for all types of dynamic disks in this Microsoft Technet article. 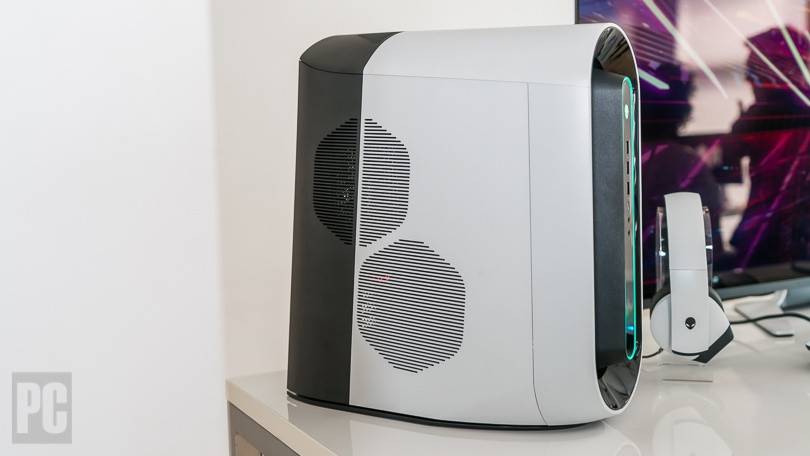 You can restore a backup of one RAID to a RAID of different type in the same manner as you would with a basic disk.

I purchased a 3 PC license of ATI Advanced yesterday and have been backing up my system to an external HDD for about 30 hours now and it's only 39% done. The time remaining continuously changes from 2-13 hours, but never actually finishes. I submitted a ticket with a system report, I tried to speak with tech support on their 'Always Available 24-7/ 365' chat, but for some reason, today, at this particular time, it is conveniently unavailable. Feeling ripped off and scammed. I cannot get a hold of anyone at this company. My MS backup at least worked. This software is completely worthless.

Hello William... while I can't speak to your experience with Acronis support, I am curious about what you are backing up. Is it one drive or have you gone with Entire PC. The MVPs on this forum tend to favor using separate backup tasks for each physical hard drive. When you do an Entire PC backup, it can include more than you want. Yes, it is the default selection so you need to be aware.

Anyway, how much are you backing up? How many drives and how big? Is anything excluded?

How is the external HDD connected... USB 2, USB 3, via hub? Different external drives can have different speeds. What drive are you using? Always best to run the external drive through the highest speed port and directly to the motherboard, not through a hub.

Time estimates are notoriously bad so put no stock in those. They do get better when you are within the last 10 seconds though.

Are you able to look in Task Manager to get an idea of what is going on with your system? Are you maxing out something (e.g. memory, drive speed, etc.)? Is there some other interfering activity?

Thank you for the tips Bruno. I was in fact following the default settings and backing up my entire system which consists of 5 HDD, to an 8TB external HDD over USB3. I will abort this attempt and set up individual backups for each drive. Also, resources in use during the backup were minimal, 24% CPU and 30% RAM.

Concerns about backup times is something many users have been expressed by many users since the introduction of the *.tibx architecture in ATO 2020. Following Bruno's advice should make the backup process work far better. In addition to having separate backup task for each HDD (or in some case each separate partition), I use files and folder backups of directories where the content changes rapidly - including the Documents and Downloads directories. I try to separate applications from 'data' as much as possible, so that I can recover my system drive without having to worry about data that may have changed since the last backup.

Any backup solution, will take much longer when multiple disks are included in a backup task. Whole PC may be appropriate for a laptop with only on HHD/SSD, but where the user has multiple drives with large amounts of 'data' a more targeted approach will make the process more manageable.

One reason why the backup is taking so long is that the Cyber Protection module (introduced in ATI 2021) may be doing a scan of the PC. While the implementation of Cyber Protection in current build of ATI 2021 is greatly improved, it can still slow down the PC while doing a full scan. I have disabled full scans as I have a separate antivirus solution - Norton 360.