When it comes to rolling out new software updates, the SourceTree team is always looking to deliver a better experience to users with minimal disruption. In the past we announced a beta program for SourceTree, detailed how we deliver releases, and now we’re modifying how we roll updates out to users. By progressively rolling out updates we aim to deliver new features and functionality to users in a more robust fashion.

Where we used to roll a new update to all users on day one, we’re now progressively rolling out updates to users. This staged approach offers the SourceTree team granularity during a release, allowing us to scrutinize each update for bugs and showstoppers before it hits critical mass.

The general flow of a build through our release pipeline is common across both Windows and Mac platforms. The below diagram – using our upcoming 2.4 macOS release as an example – outlines our process and describes the granularity of our new staged rollout in more detail.

Once a release leaves beta it’s progressively rolled out to groups of users over a period of a few weeks, with time in-between for fixes to be implemented where necessary. 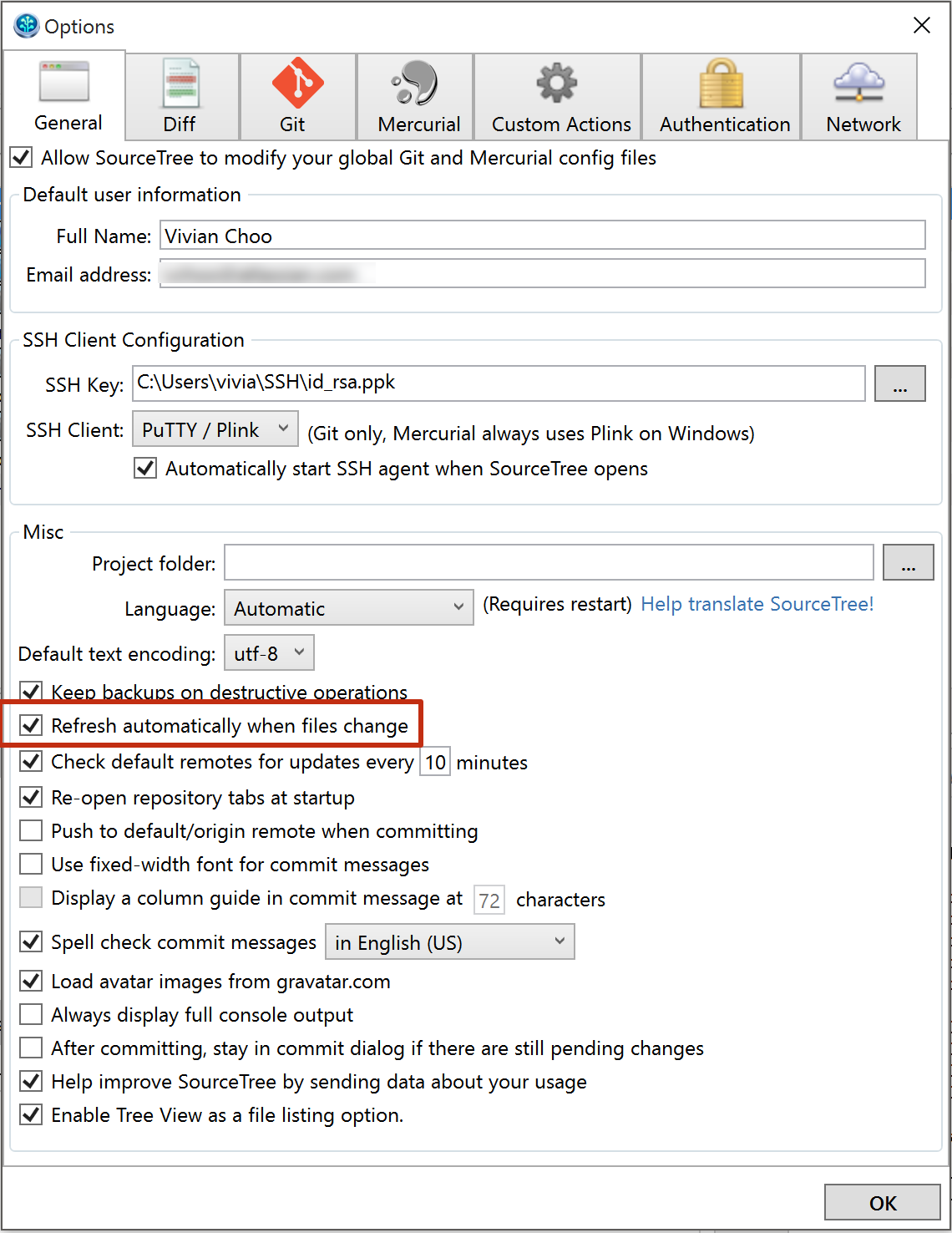 How did we implement it?

The implementation is slightly different for Windows and macOS platforms, but aim to achieve the same goals:

Having implemented Squirrel.Windows for SourceTree’s beta program, we’ve decided to move GA releases from AdvancedInstaller to Squirrel as well. Why Squirrel? We were attracted by its focus on simplicity and felt it aligned well with our goal of improving the installation process for users:

Windows apps should be as fast and as easy to install and update as apps like Google Chrome. From an app developer’s side, it should be really straightforward to create an installer for my app, and publish updates to it, without having to jump through insane hoops.

We’ve found it very easy to integrate Squirrel with our FAKE-based build process and CI. The resulting installer is much smaller, quicker to run, has a cleaner footprint, and comes with the added bonus of removing the requirement for Admin rights to install. Overall we felt the user install experience is much improved.

For progressive rollouts, Squirrel comes with built-in staged rollout functionality. SourceTree generates a release percentage for this local install; this defines which part of the release schedule the instance falls into. SourceTree will check at start up for any new updates, or the check can be manually triggered via the Tools/Options/Update tab. After each update, SourceTree will regenerate a new release percentage, ensuring a random distribution of updates.

Important information for Windows users
The switch from AdvancedInstaller to Squirrel will involve a number of changes you should be aware of:

For macOS we weren’t able to find any existing options that met our needs. But Sparkle, the update framework we’re already using, does include a number of hooks for customizing the experience, so we decided to build our own from that. In order to utilize staged updates we only need to take advantage of a single method:

Inside this method we use some randomization to choose groups; that logic is encapsulated in a thoroughly unit tested class (which we’re considering open sourcing if there’s interest). On launch, a user’s group is assigned and cached, clearing when it’s a new app version (2.3.2 → 2.4, not 75 → 76).

What happens on the server end is largely unchanged from what we have today. We’ve added new copies of feeds and tweaked release notes so they work in concert with randomization to make staged updates possible.

Sourcetree Not Updating Changes To My

Unsurprisingly, we continue automating via Fastlane:

This former “early access” lane runs a relatively similar process as before: it takes the current version + build info and makes sure the appcast and release notes have been updated properly. If it’s already present no build is produced but the appcasts and release notes are prepared.

Iterating On Our Process

It’s been great revisiting the initial CI and deployment processes we put in place for the beta program and expanding upon them. Figuring out the path of least resistance and what options might work presented a fun challenge and our Fastlane suite is better than ever. Now that we’ve landed this important bit of infrastructure we look forward to the many successful deployments and exciting changes in SourceTree’s future!

I edit this blog using Git. Learn how I set up graphical software called SourceTree to make it easier.
(This is also a gentle way to start getting used to concepts behind Git if you’re a Salesforce administrator who wants to learn SFDX.)

I’m not going to cover installing SourceTree, but it’s a “graphical user interface” (GUI) for exploring directories on your hard drive that are “tracked” with the “version control” software called Git.

Ordinarily, people teach you how to keep track of changes to a codebase through Git’s command-line interface.

But I like GUIs. So I use SourceTree whenever I can.

However, once I installed SourceTree, I still had to tell it about all the sites online (BitBucket.com, GitHub.com, Heroku.com, etc.) where I’ve keeping stashes of code (“repositories” / “repos”) I care about.

SourceTree doesn’t directly edit the files on those sites. Instead, it follows standard Git protocol and helps me organize the act of downloading a copy of my “respository” to my personal computer, tracking changes I make to my PC’s copy of files in the “respository,” and uploading those changes in an organized manner back to GitHub.com, BitBucket.com, etc.

Telling SourceTree About A “Remote Repository” from GitHub.com

Note: these instructions presume you haven’t already told your computer about the GitHub.com-based “remote repository.”

Editing a file and updating GitHub.com’s copy with the changes

If I go into SourceTree, I have “Awesome Repo 1” open as a tab across the top.

Clicking around, I can see that there are various places where I can see alerts that I’ve changed the contents of “readme.md” on my hard drive.

Diversion: “anonymizing” myself a bit

Before I go any further, though, I have one more piece of “setup” I want to do with “Awesome Repo 1.” 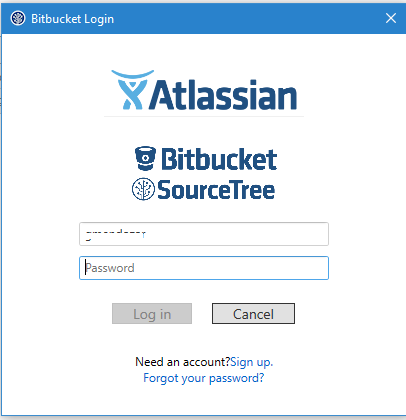 So now I’m ready to use SourceTree to tell the internet (github.com) about the changes I made to “readme.md.”

If I click on the orange pencil icon next to “readme.md” in the “Unstaged files” list, to the right of the “Staged Files” & “Unstaged Files” sections of the screen, content appears under the heading “readme.md” and shows me that I’ve deleted a line from my file containing the text “Testing 1 2 3” and added a line in its place called “Testing 4 5 6.”

Great! That’s what I expected to see.

If I suddenly think, “Wait! Am I sure I wanted to do that?” I can still see the changes by clicking on “readme.md” up in the “Staged Files” section of the screen, center, near the top – the changes will again show up along the right side of the screen.

Here, I just changed one file, but I could totally stage multiple files as part of a given “change” I want to “track.”

“Committing” and “Pushing” my changes

Once I feel good about my changes, I have two things to do (although I can do them at the same time, which I typically do).

Near the bottom of the screen (remember, I need to be in the “File Status -> Working Copy” section of SourceTree), there’s an area that says “xyzzy <[email protected]>” next to a little blank-headshot icon.

Below that is an area to type a comment. 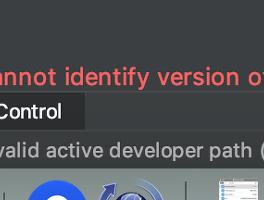 Verifying that GitHub.com is up-to-date

Now if I navigate in my web browser to https://github.com/MYGITHUBUSERNAME/testprivaterepo/blob/master/readme.md, I can see that its contents say “Testing 4 5 6.” Great!

And if I click the “History” button on that page, it takes me to https://github.com/MYGITHUBUSERNAME/testprivaterepo/commits/master/readme.md, and I can see that there’s a line of the history from “xyzzy” claiming, “This is my first change from a local computer.” Fantastic!

From here on out, to edit files on my computer and tell GitHub.com about them, I just repeat the steps above – open up files in Notepad++ or some other appropriate editor (maybe Paint or GIMP if it’s a picture), make sure SourceTree knows about the changes, and Commit+Push.

Syncing someone else’s GitHub.com-side changes into my computer’s copy

Now … what if I leave my computer alone for 5 months, but in the meantime, I edit some files directly through GitHub.com’s file-editing interface?

Or what if I’m collaborating with someone else who “pushed” changes to my GitHub.com repository while I was busy doing something else? 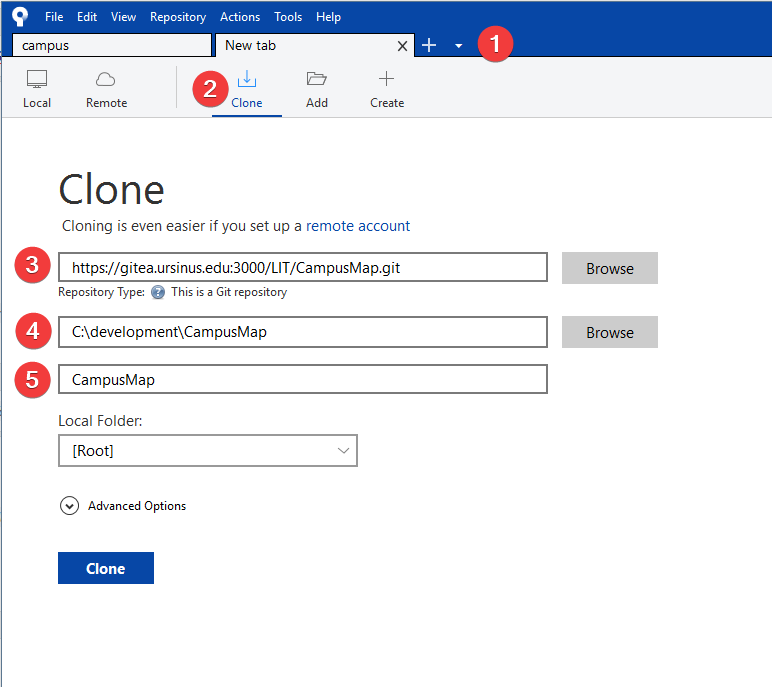 Seeing as I think of the repository hosted on GitHub.com as “the main copy” of my code, I don’t want to just ignore everything that’s going on there and blindly edit 5-month-old files on my computer.

If it’s been a while, I need to get a copy of GitHub.com’s present state downloaded to my computer – probably before I start making any changes on my own computer.

(How often I need to do this depends on whether I’m the only person who can edit the GitHub repository – if I am, I can safely know where I’m making my edits and keep on editing over and over again on my computer if I know I haven’t gone out and edited things directly on GitHub.com’s web interface in the meantime.)

To change my hard drive’s repository to be more like if I had freshly set it up in SourceTree from GitHub.com like I did at the start of this blog post, I would:

I am now ready to start coding on my computer as if contributing to GitHub.com’s copy of the repository for the very first time!

As before, I can edit local copies of the files as I see fit, save them to my hard drive, and use SourceTree to double-check that I like the changes, “commit” notes about my changes to my local-computer-repository’s “version log,” and then “push” the changes and “version notes” out to GitHub.com.

------Please enable JavaScript to view the comments powered by Disqus.