Synopsis
Zeynep (Sevda Erginc) and Yildiz (Eda Ece) are two sisters who are living together in Istanbul. Even though they are sisters, they are totally different from each other.

Zeynep is a beautiful girl who adheres to her ethical values and works as a manager assistant. When the company she works is taken over by another company, she starts to work together with a young businessman Alihan (Onur Tuna). Alihan is an arrogant, cool, serious, and rich guy who does not refrain from hurting people. Starting from his first day at the company, Alihan and Zeynep fight like cats and dogs. Neither of them takes steps backward. Alihan likes the way Zeynep behaves and starts to develop some feelings for her.
On the other hand, Yildiz dreams about having a wealthy life. In order to become close to the rich people, she works as a waitress in a well-known restaurant. She has been dating with a rich man and aims to get married to him so that she could escape from her low-income life. However, she eventually understands that her boyfriend does not have any intention to get married to her.

Yildiz’s life changes dramatically when she gets a job offer from the queen of high society, Ender (Sevval Sam).

Ender is a beautiful middle-aged woman who is married to respectable businessman Halit (Talat Bulut). Ender is the third wife of Halit and lives in a big luxurious house together with her son and two step-daughters. Ender and Halit pretend to be a happy couple in front of other people. But in fact, they do not love each other. When they are alone, they do not respect each other and have a dispute all the time.

Ender wants to get divorced from her husband without losing her social and financial status in the society. She knows that her husband is so clever and planned. Previously, Halit got married two times and got divorced from his wives without giving them any alimony or compensation. Ender does not want to be in the same situation as Halit’s ex-wives. For this reason, she makes a plan and hires Yildiz.

According to Ender’s plan, Yildiz will work as Halit’s assistant at the company. She will do her best to seduce Halit and have a romantic relationship with him. By this way, Ender will blame her husband for infidelity and get a high compensation in court. Yildiz, eventually, accepts Ender’s offer but she has her own plans too. Her decision not only will affect her life but also that of her sister, Zeynep.

In Forbidden Fruit (Yasak Elma) tv series story, you will watch how the lives of two sisters will change. Will Yildiz fulfill her dreams and manage to have a wealthy life? Will Ender manage to get divorced from her husband and get a high compensation? Will Zeynep sustain her innocence and eventually find true love? 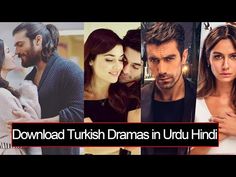 Characters
Halit (Talat Bulut): Halit is one of the richest businessmen in Turkey. He is a womanizer who is fond of beauty and youth. He plans everything and never gives alimony to his ex-wives even though he cheats all of them.

Ender (Sevval Sam): Ender is a beautiful woman who is well-regarded in high society. She is married to Halit and has a son. She loves money and power and wants to keep her wealthy life even if she gets divorce from his husband.

Alihan (Onur Tuna): Alihan is a handsome and young businessman. He is a prince charming for many girls. He is perfectionist, relentless, and cool. He trusts a few people in this life and never forgives any mistake in his business.

Yildiz (Eda Ece): Yildiz dreams about having a wealthy life through getting married to a rich man. She admires high society and luxury. She is so ambitious that she can even do unethical things in order to fulfill her dreams.

Zeynep (Sevda Erginci): Zeynep is a beautiful girl who adheres to her ethical values and works as a manager assistant. She is natural, innocent, honest, idealist, and hardworking. She cannot stand for injustice.