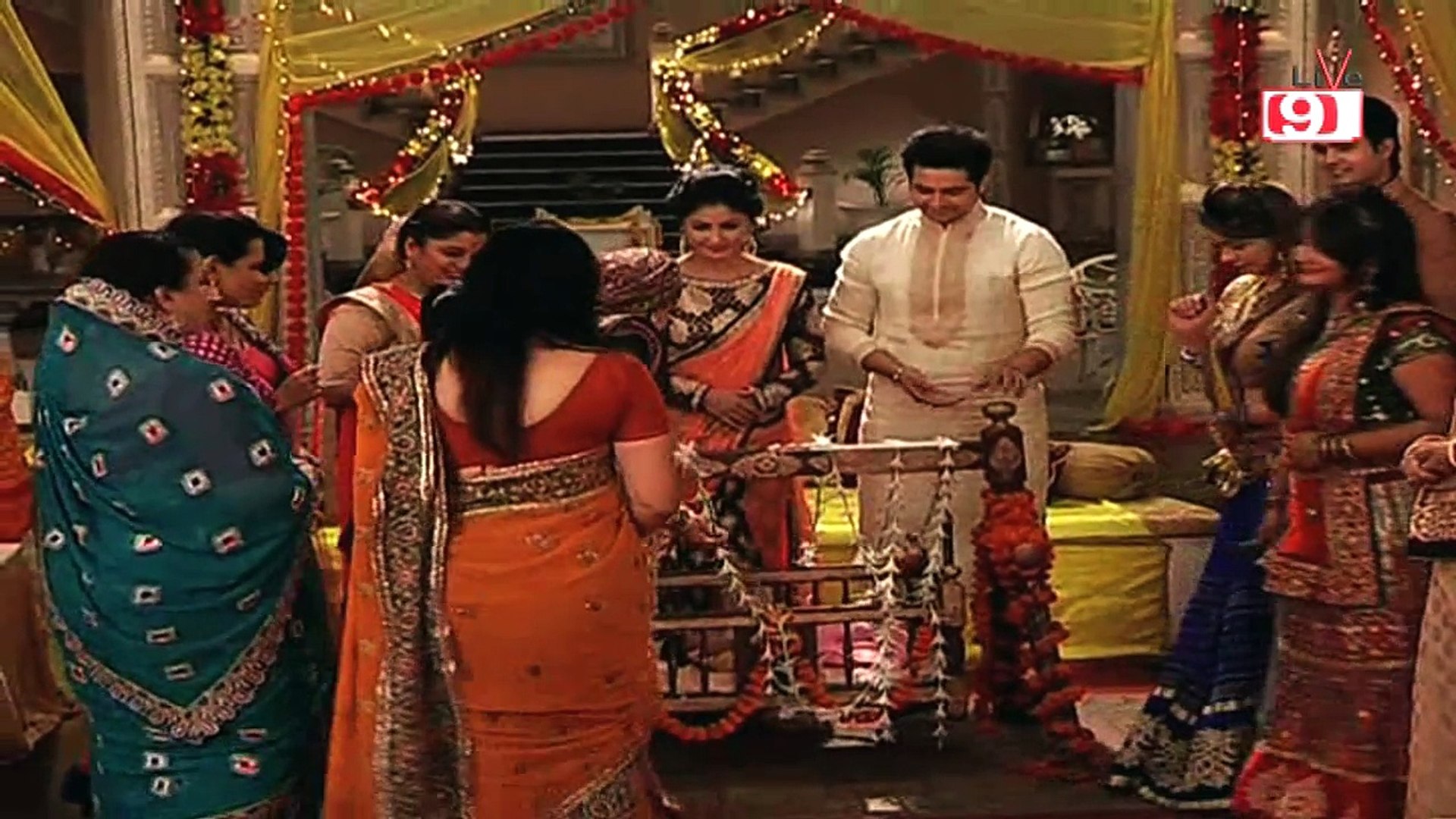 The Episode starts with Sirat saying I m Sirat. Kartik gets away and sees his family there. He removes the garland. He leaves. Sirat goes after him. Sheela says Sirat has made a joke of the puja. Kartik says why did I do this, sorry Naira, sorry Sirat. Sirat also comes home. Kartik says I knew the truth this time, what would she think, what would the people say. Mukesh calls Sirat shameless. Dadi tries to defend. Mukesh argues. The people get angry and shout on Dadi. Mukesh signs Sheela. Sirat changes her dress. She says Maudi will be worried too. Sheela comes there and locks the door. She says everyone will think the door is locked from inside, I will go and get the people here. Kartik apologizes to Sirat.

Mukesh asks the people to teach them a lesson. Gayu says they love each other, they are married, what’s your problem. Mukesh and the people insult Sirat. Nani asks them to stop it. Dadi and Nani try to defend Kartik and Sirat. Nani asks the people to think about their children. Sheela comes back and signs Mukesh. Mukesh says not everyone’s children are shameless like Sirat. Sirat says forget it, I will also forget it. Kartik says but people won’t forget. Mukesh asks what’s Sirar’s relation with Kartik, he bought the house for Sirat, he risked life and played the game, what’s this relation called. Sheela says tell us, where did Kartik take her.

Mukesh says maybe they went to your mum’s house. Sheela says yes, we will go and see, see them and take the decision. Dadi and Akhilesh scold Mukesh. Mukesh says Kartik and you can’t say anything now. Kartik says I will go and apologize in front of everyone. He sees the door jammed. Mukesh and Sheela smile. Kartik stumbles and falls. Sirat holds him. Everyone comes home and open the door. They see Kartik and Sirat hugging. Everyone gets shocked. Mukesh says we won a lottery. Sheela asks Nani to see what is Sirat doing. Sirat says its not the truth. The people scold her and throw things at Sirat. Kartik shouts listen to us. Mukesh says I told you Sheela, there is some secret, Sirat, is he the only guy, or are there more guys. Kartik shouts Mukesh…. Mukesh and Kartik argue. Mukesh asks him to say the truth of their affair. Sheela asks why will I get quiet.

Mukesh asks her to ask Sirat, what is happening. Nani asks them to shut up. Mukesh says I will tell you, if you had to make your daughter do this, then you would have send her to the market. Kartik gets angry. Sirat asks Kartik not to get into this. Mukesh threatens him. Kartik punches Mukesh’s face. Mukesh asks the people to decide about Sirat. Rohan and others take Mukesh out. Nani asks Sheela to leave. Sheela says I m your daughter, its my house, you can’t make me out. Suwarna makes Sheela out. She takes Kartik and Sirat inside the house. Everyone goes in. Mukesh and Sheela are still outside and shout. They ask the people to decide. Kartik worries and sees Sirat. Manish says I m calling since a long time, no one has time to answer my call. Kairav calls from Lav’s phone. He says dad hugged mum on the stage, Mukesh scolded them, the people are throwing things at them. Manish asks him to give phone to any elder. Surekha takes the call. Manish asks why is Kairav worried. Surekha tells everything. He says no one told me anything. She says our family got insulted because of Sirat, Kartik’s wounds didn’t heal already, we may get into a loss because of Sirat. Manish says I told them to be away from that girl. Nani apologizes to Kartik. Sirat asks her not to apologize.

Nani says Sirat loves me a lot, she is feeling bad. Kartik says no, its because of me, its not Sirat’s mistake, she was trying to help me, explain Kairav that she isn’t his mumma, I ruined Rohan and her efforts, don’t know what happened to me, I got mad for a moment, sorry. He goes. Manish calls Akhilesh. He says just come back home, I don’t want you all to get hurt, tell Kartik that I asked him to come back, I will talk to doctor, we will take Kairav to the counsellor. Akhilesh says okay. He sees Sirat there. Manish says unlucky girl, my son is facing problems because of her. Dadi consoles Kartik. He says its my mistake, why are Sirat and Nani getting punished, I was thinking of Naira and made this big mistake, how will I meet Sirat’s eyes, she is trying to explain Kairav, I wanted Kairav to understand, now he will never believe that Sirat isn’t his mum, he has seen us on stage. Dadi says don’t lose hope, we will find some way. Sirat comes and says I have thought of it. 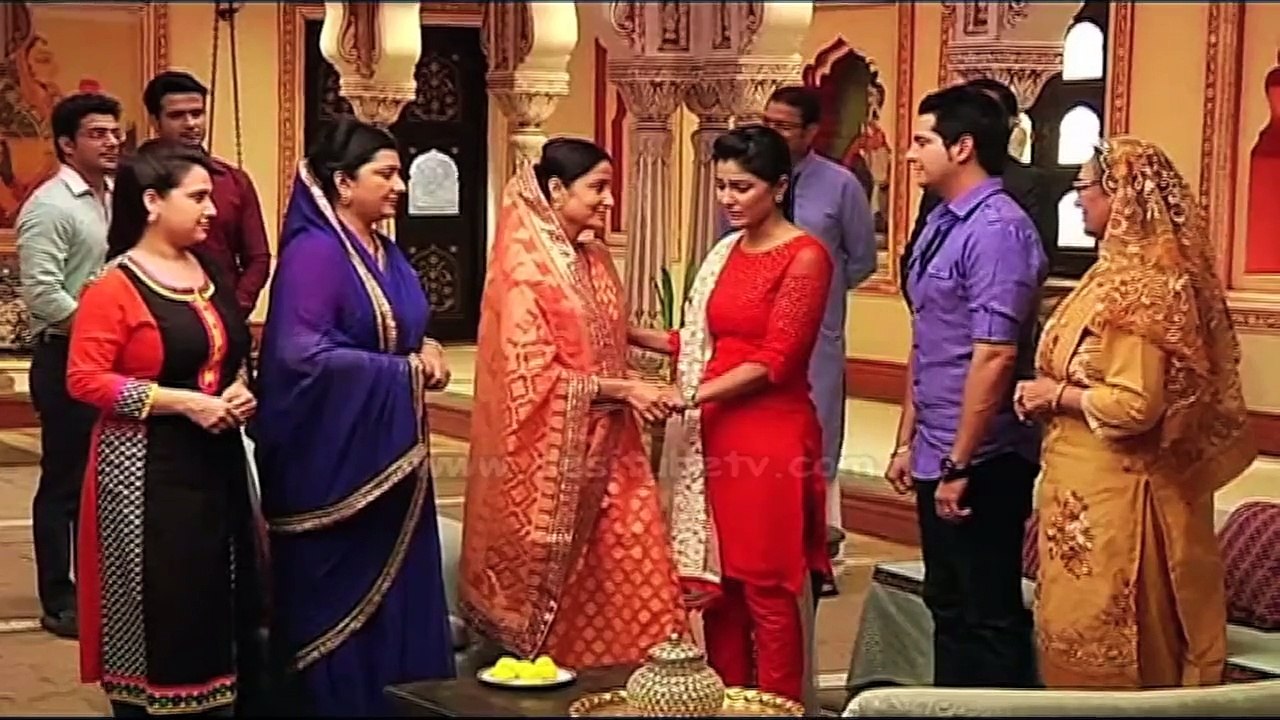 Precap:
Sirat says you all go away from this drama, you have to convince Kairav, please leave. Kairav says we will go. Vansh says everyone fights a lot here, we don’t like it. Kairav shouts Papa… Kartik and Sirat worry. 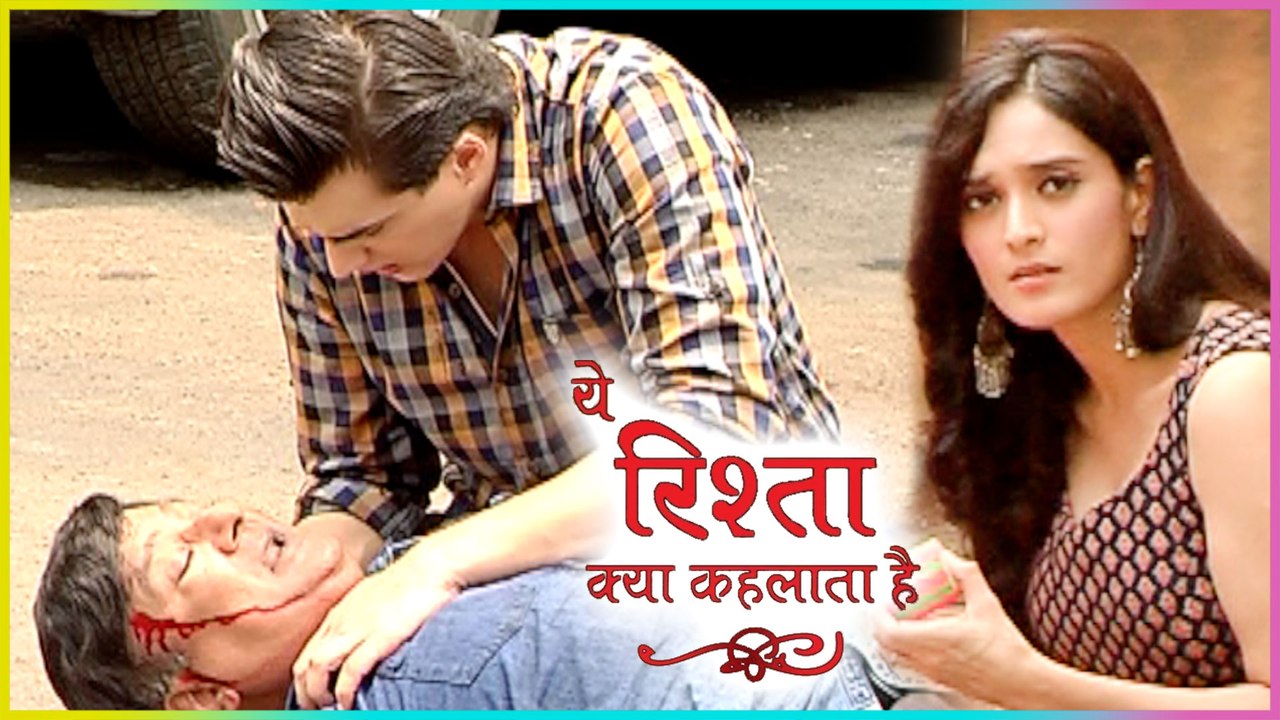